"Thanks for saving my life, Coach", that’s how Allen Iverson said goodbye to coach John Thompson, first at his induction into the Hall of Fame on September 2016, and then in the Instagram post for the death of the legendary coach, at the end of August of this terrible 2020. At the end of that sad message, Iverson closed the caption by saying "I will always see your face in my mind, hoping to have made you proud. Your prodigal son. #Hoya4Life". In fact, Iverson's bond with Georgetown and his coach are indissoluble, that kind of union that goes beyond sport and can be considered family, an influence that helped The Answer to become the player we have come to love, as well as the symbol, the character who changed the history of modern basketball. 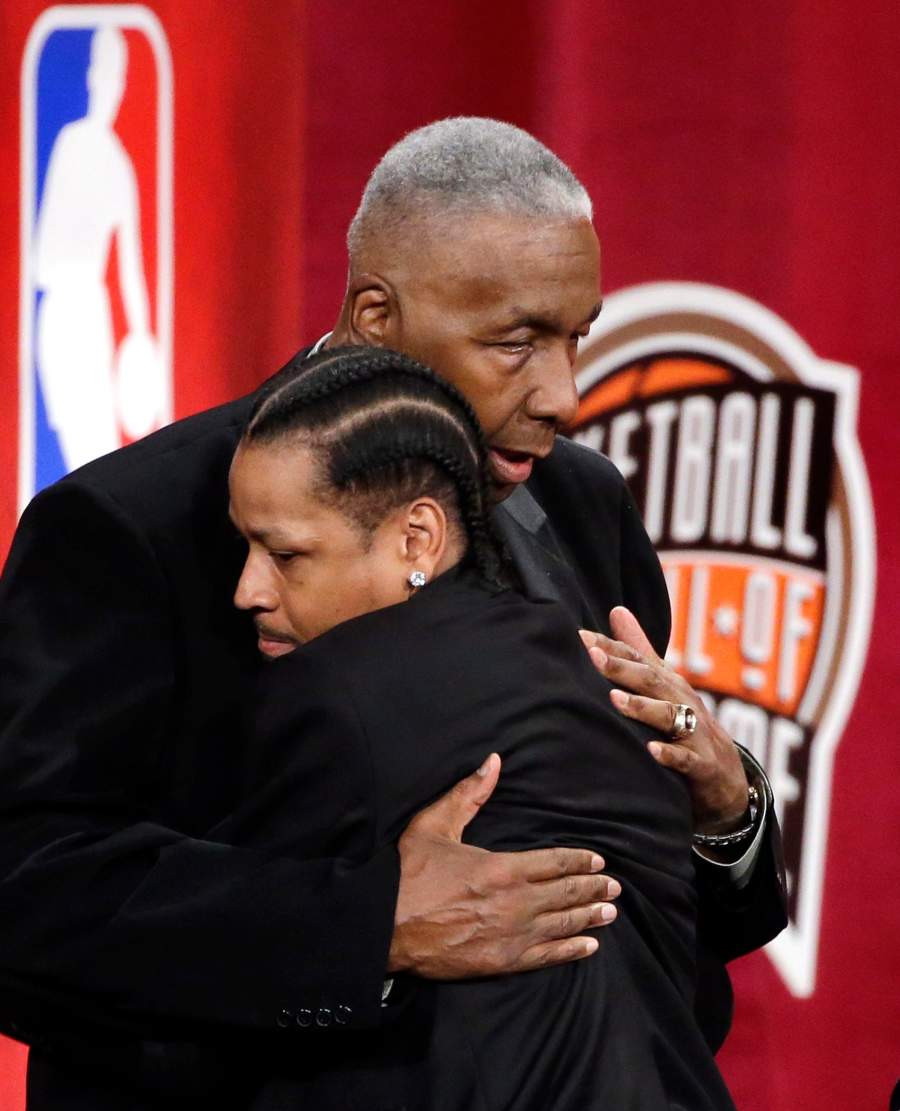 Coach Thompson’s passing has been huge and horrifying for the entire basketball world, not just Iverson. Thompson was the first black coach to lead a college team to the NCAA title, in a fantastic ride dated 1984 helped by Patrick Ewing and Reggie Williams. From that moment, Georgetown became famous for the big men, the type that Thompson himself was when he won two NBA titles with the Boston Celtics. Patrick Ewing and Reggie Williams, but also Alonzo Mourning, Dikembe Mutombo, Merlin Wilson and Othella Harrington, the Hoyas were a forge of big men, but Iverson was the player who reversed the course of the college’s player
archetype and its game. 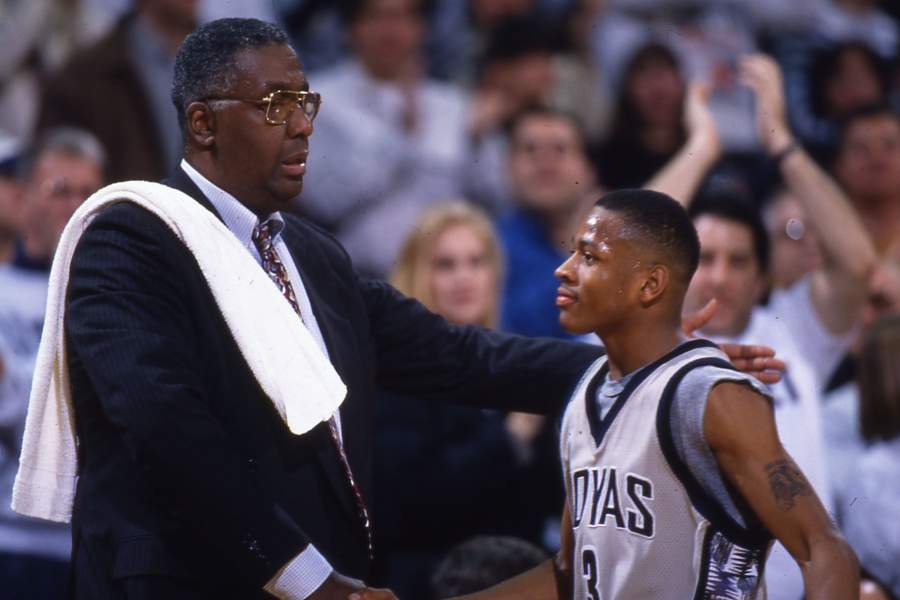 In fact, Thompson and Georgetown never recruited Iverson, they never sought him out. Nobody was looking for Iverson, actually. Let's go step by step. Iverson was a high school phenom, an unstoppable talent that had attracted universities from all over America to shower him with scholarships for both basketball and football, to the point that A.I. was thinking about playing two sports at the same time. One day all this suddenly disappeared.

A fight broke out at a Newport News’ bowling alley, one of those fights that make headlines. Iverson and his friends were arrested and tried as adults despite being 17 and convicted of a nearly unused statutory rule in Virginia called "maiming by mob," a sentence that would have sent the group to spend several years in prison. It goes without saying that Iverson and his friends, the only black boys there, were the only ones arrested. The Answer was accused of hitting a woman in the face with a chair, a false accusation as the cameras showed that the future NBA star and her friends immediately left the area when the fight involving only white students broke out. The trial lasted longer than usual precisely to find Iverson and associates guilty as adults, but fortunately the Governor of Virginia gave the pardon, considering the lack of evidence against the boys. Nonetheless, Allen spent four months in Newport News’ correctional center. I highly recommend watching "No Crossover: The Trial of Allen Iverson", an ESPN documentary about that unfortunate situation. 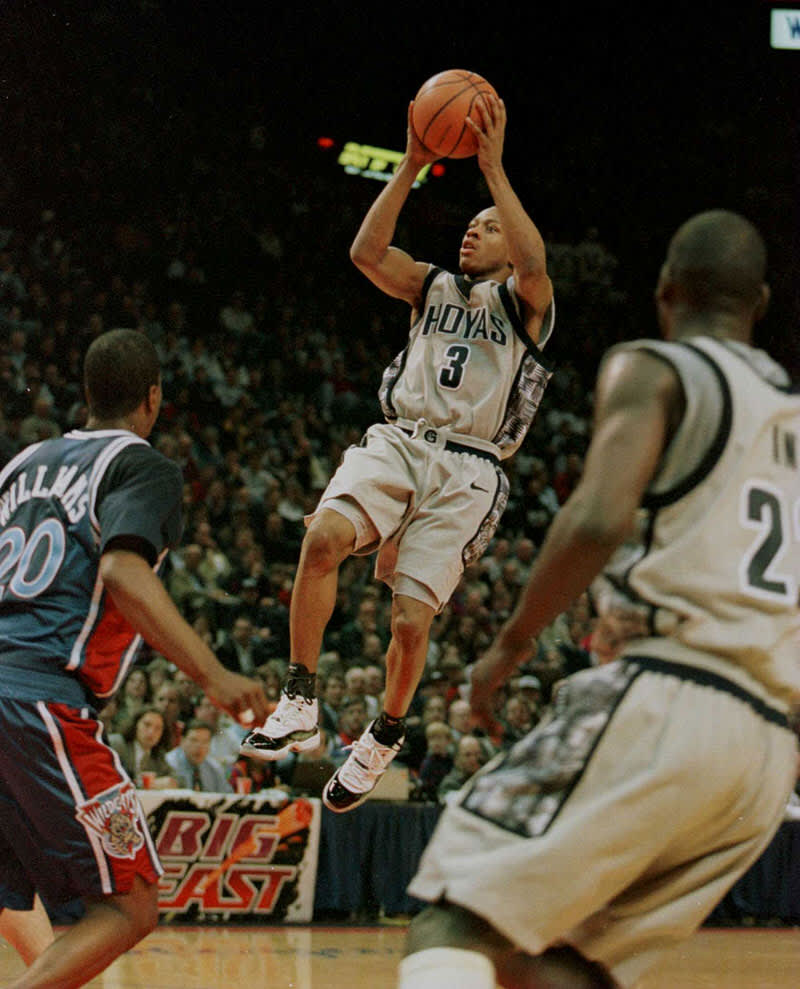 A.I. was finally free, however, no one cared that the sentence had come in the absence of evidence, Iverson was now branded as the troubled kid who was better not to have in the locker room. And here goes away all the scholarships. It was his mom who went to coach Thompson and asked him to take him. "I need you to save my son's life, because if he stays here, he will go to jail forever and die." So went the talk with the coach, as Iverson recounts. Thompson gave him the full scholarship and Iverson repaid him with two impressive years, first reaching the Sweet 16 with a Big East Rookie of the Year award, and the following year with the Elite 8 at the NCAA Tournament, bringing 22.9 points-per-game to the cause. Destiny was visible from the first college game in his career, in which he cut into the Arkansas’ press defense like butter. The infamous "the 40 minutes of hell" was demolished on game one.

Momma Iverson chose coach Thompson because she knew of his ability to lead his boys not only on the court but in life, making them become men, but also of his role in the black community. Exactly in 1994 Thompson had in fact convinced Nike to add "kente" to the Hoyas shirt, a pattern originally in silk and cotton typical of the celebratory garments from South Ghana, considered to be the "fabric of kings". Thompson was not only the black coach who first won an NCAA title, but he was also the one who made Georgetown the college of choice for the black kids of America. Georgetown was basically an HBCU (Historically Black Colleges and Universities) in the eyes of many. 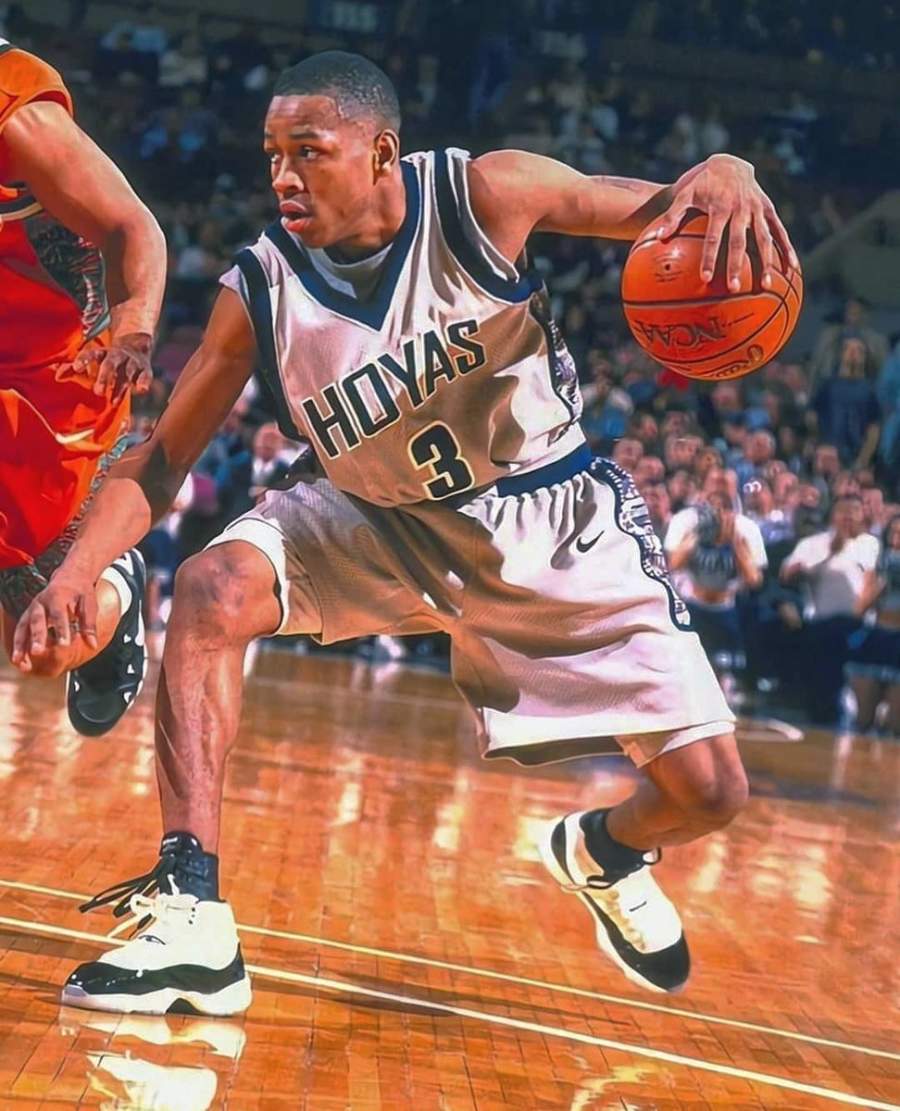 Georgetown was also the first college to have access to the Air Jordan XI "Concord", still one of the most loved shoes ever, as well as a huge plus for the style and recruiting power of the Hoyas.

With that shaved hair, without a band on his head, without a brace on his arm, without tattoos and without the Reebok Answers on his feet, he doesn't even look like Allen Iverson, but it is enough to see him with the ball in his hand and you immediately understand that the world of basketball would never be the same.

Now Allen Iverson's collegiate jersey is available at Airness, along with many other vintage uniforms. Now you also know that this piece of clothing not only represents the beginning of Allen Iverson's story, but also a symbol of hope for young black basketball players all over the world, thanks to the kente flowing down the hips. 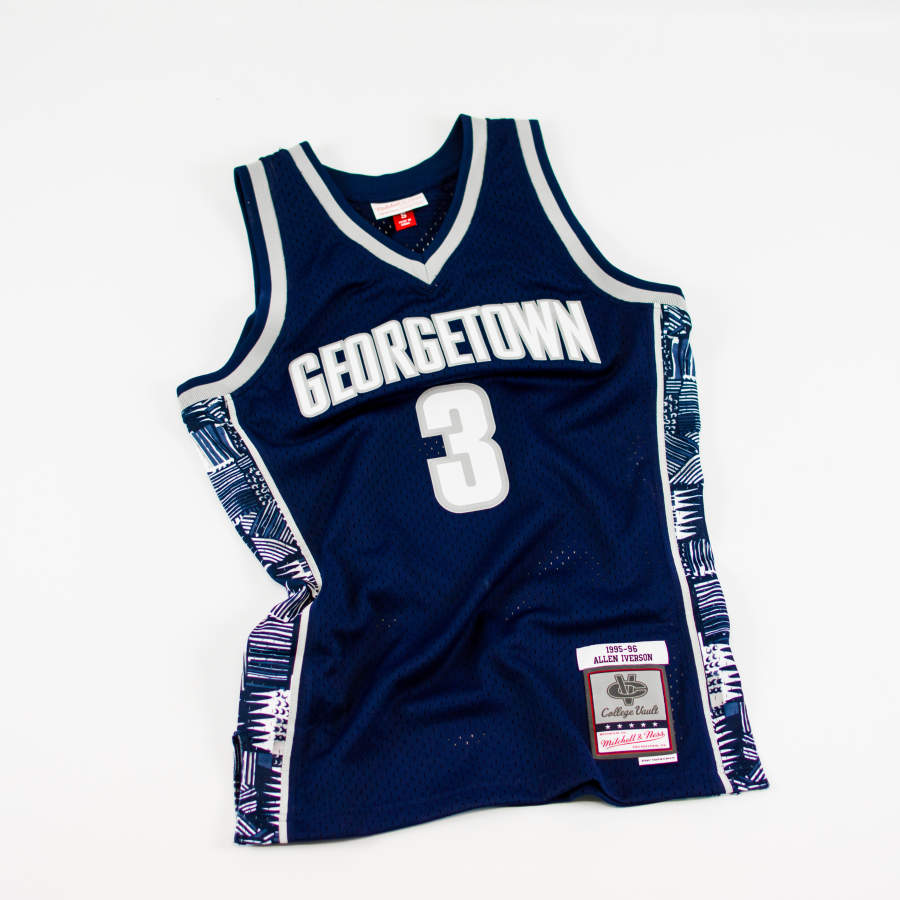 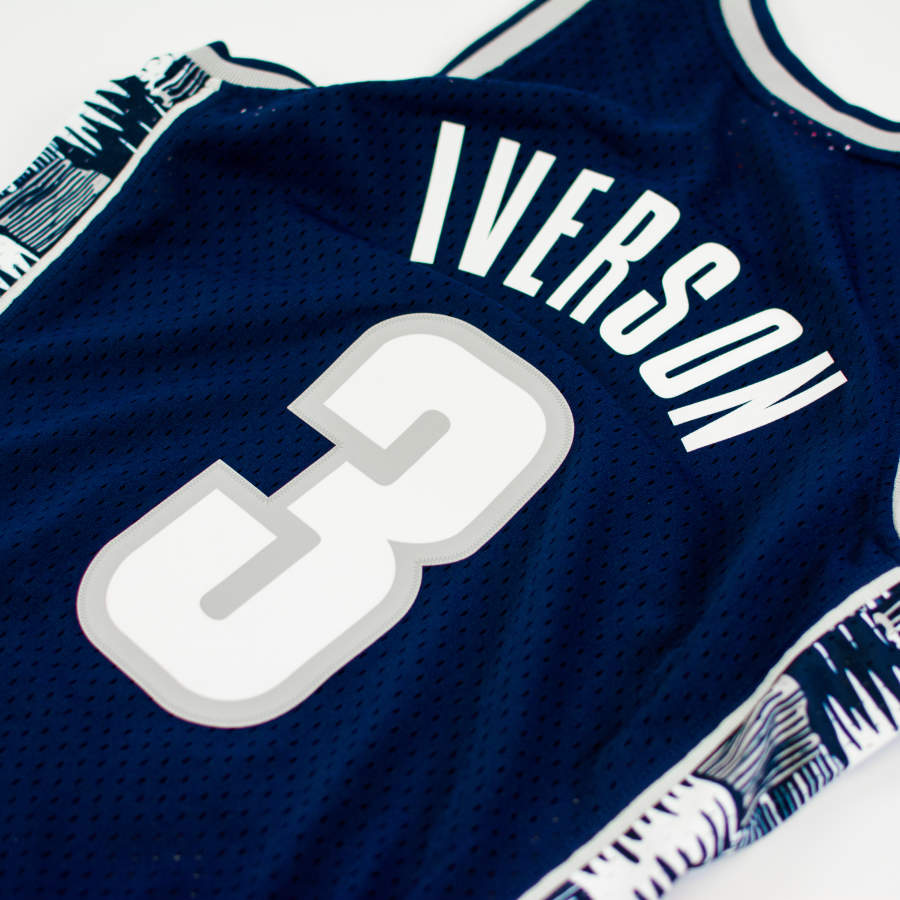 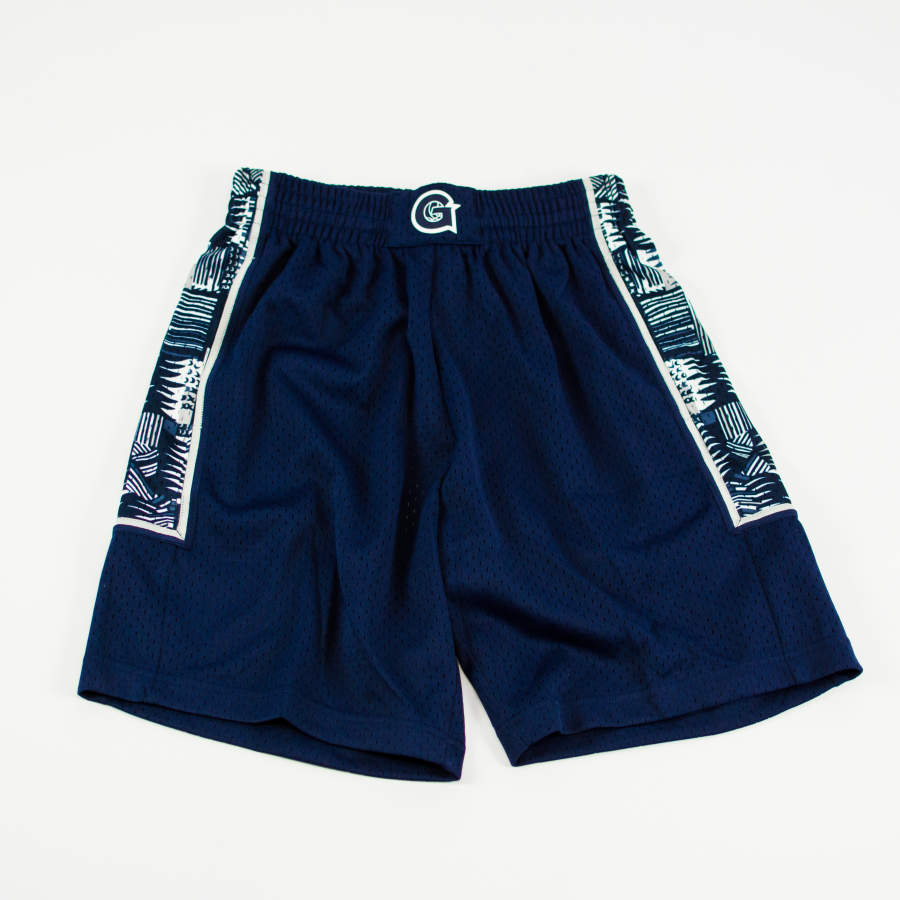 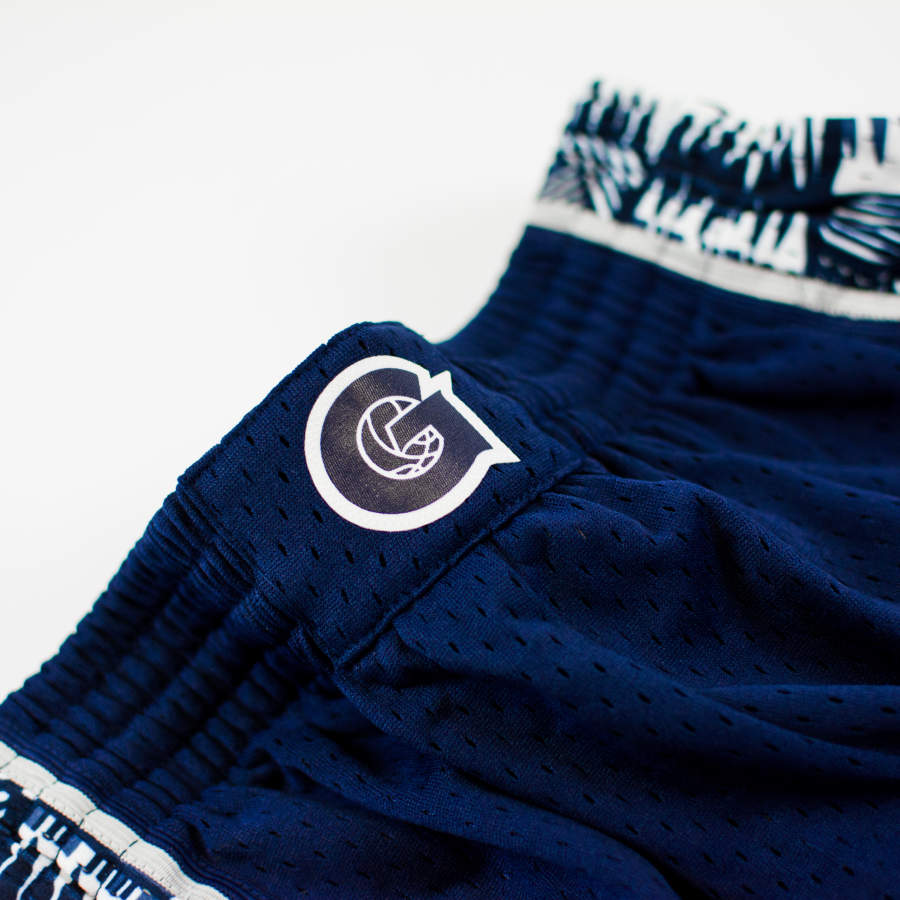 The historic bond between the NBA and Disney World

The NBA is ready for the Playoffs in the Orlando bubble and we decided to celebrate the occasion by showing historical photos of the bond between the NBA and the famous amusement park.