When Michael Cherman founded Chinatown Market, he wanted to represent the crazy soul of New York, its excesses, its uniqueness and the visual power of Canal Street. It cannot be said that he did not succeed. Few brands have had the impact that Chinatown Market has had in such a short time, making it to collaborate with international symbols, top tier musicians and iconic sportsmen of the caliber of Mike Tyson and LeBron James. The connection with basketball has always been fundamental for the brand and its iconic Smiley, which has always been present on balls, backboards, shorts, t-shirts and much more. 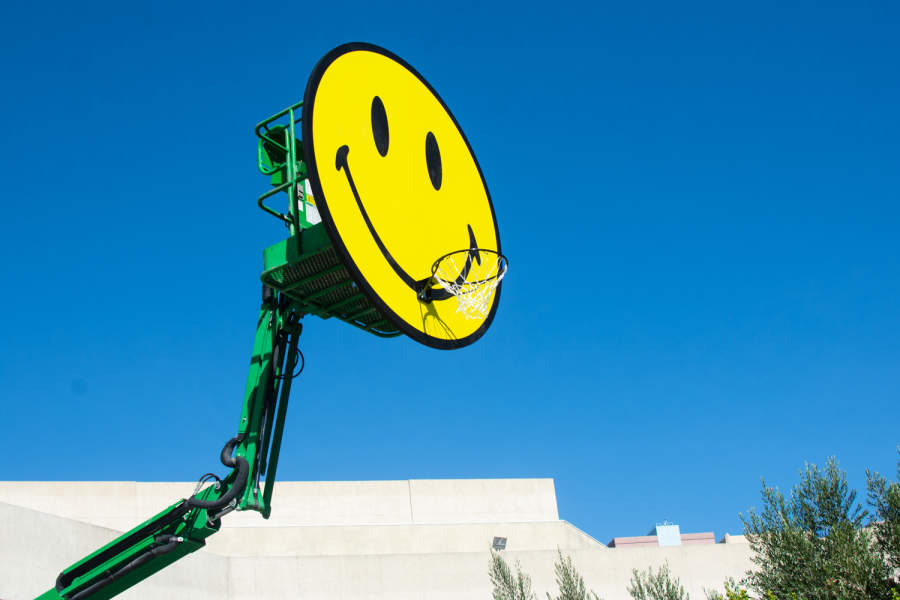 Once the father of the streetwear phenomenon ICNY and an integral part of KITH's growth, Michael Cherman founded Chinatown Market in late 2016. Prior to that, Cherman was working with laser printers for Nike's influencer marketing section, and here was able to understand what athletes and musicians really wanted. When that section closed, Cherman bought those same printers to start ICNY, and later Chinatown Market, maintaining the usual mindset of strong aesthetics and speed of execution. In fact, no one is as quick to produce and present new looks as Chinatown Market is, and their Instagram profile can testify it.

The history of the smiling yellow face of Chinatown Market actually starts from even further back, when Michael Cherman was Mikey Merchandise, as he was called in high school due to the constant sales of t-shirts he made. Again, it all began thanks to basketball. In fact, Cherman played very seriously but he broke his hand in his junior year of high school and had to stop. At that moment, he realized that designing clothing was his way. 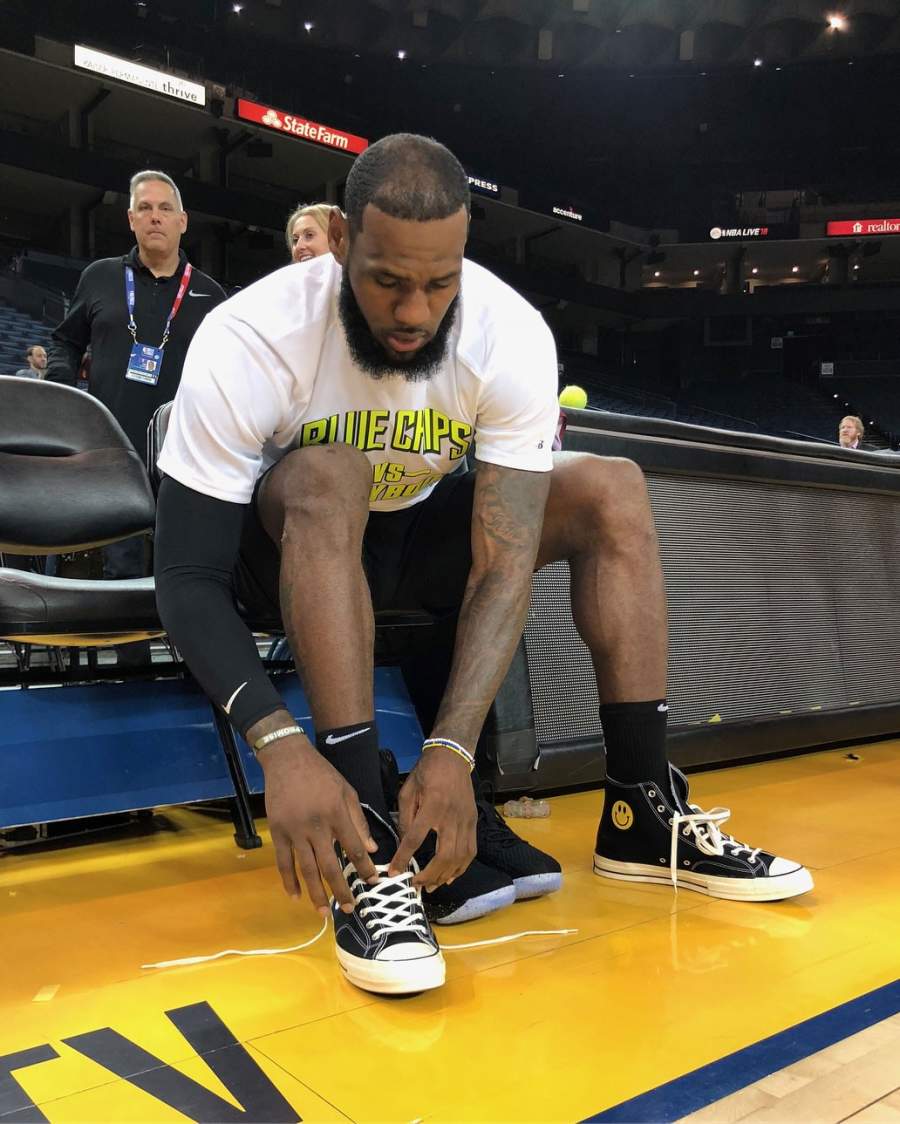 Now that Chinatown Market is a big name in global streetwear, it's not strange to see the Smiley on characters like Mike Tyson, one of the last people to collaborate with the brand through its foundation, but basketball has always had a special place in the hearts of Chinatown Market. As mentioned, Cherman was a player, and among the first accessories ever made by the brand we find the iconic yellow ball, then evolved in a thousand other ways, and the backboard with its basket, as well as clothing that easily recalls the basketball world, characterized from long-cut t-shirts and baggy shorts.

Canal Street is New York's street shopping Mecca, a place where to find cheap deals but also lots of counterfeit goods. Chinatown Market is inspired by this world, the so-called bootlegs, or rather new products that take full advantage of other people's logos, symbols and styles, mixed together. The "stolen" aesthetic also won over LeBron James who arrived in the Game-2 of the 2018 NBA Finals with the Converse Chuck Taylor enriched by a digitally printed Swoosh, a product that Chinatown Market made for him, without ever selling it. 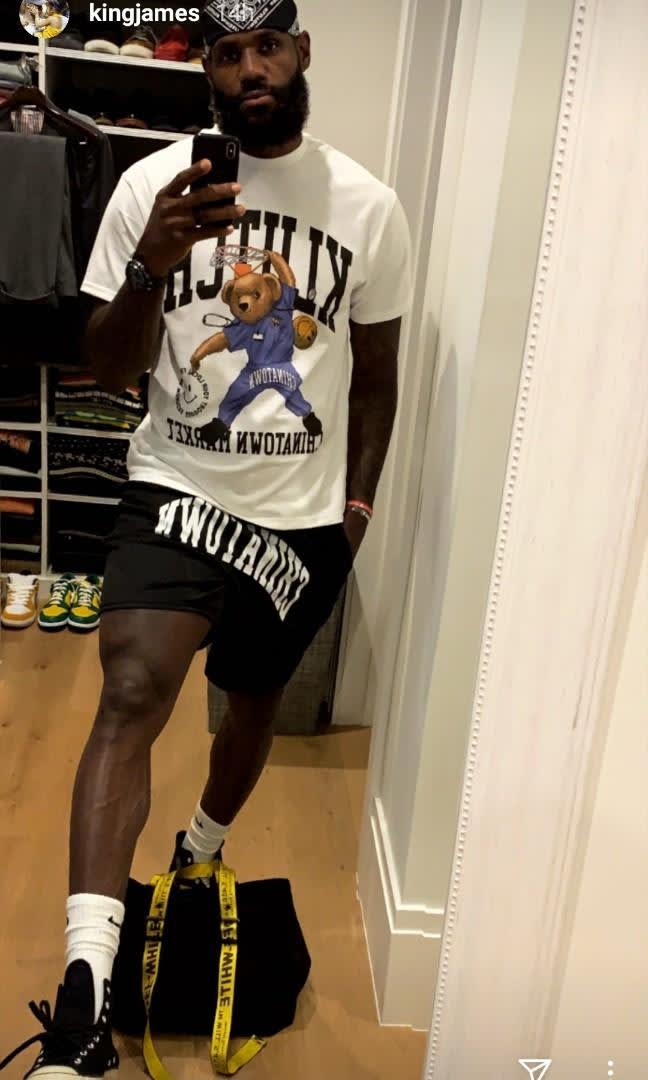 From that moment on, the relationship between basketball and the Los Angeles-based brand has been growing, which is not strange when you can count on the support of the most dominant and iconic player of this generation. In December 2019, the Chinatown Market clothes were also made available for purchase on NBA 2K20, the video game, his latest collaboration with PUMA was launched at the All-Star Weekend and during the start of the COVID-19 pandemic, Michael Cherman's brand has teamed up with Klutch Sports, the agency that represents LeBron James, to launch a collaboration that includes clothing and masks to raise funds in support of essential worker. 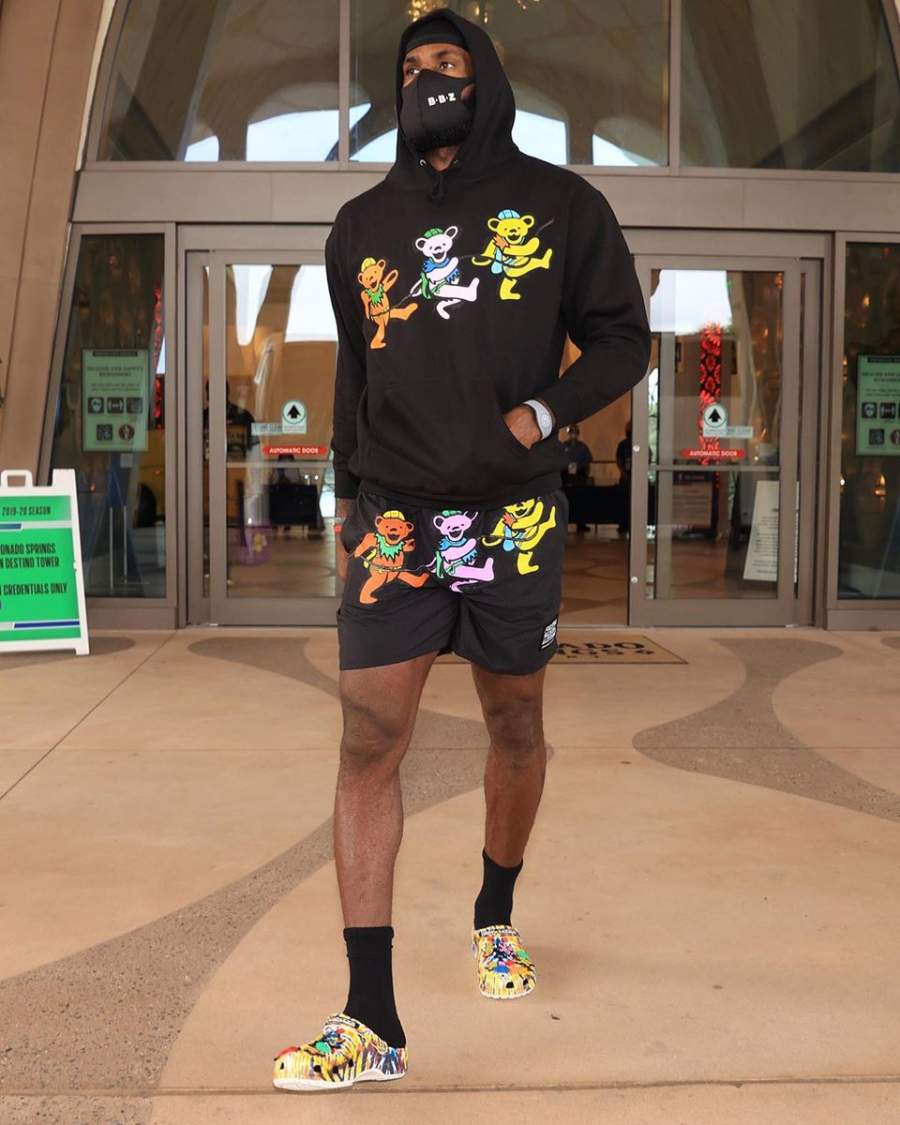 Chinatown Market has thus become a constant in the NBA world, with appearances in the Instagram feed of various accounts such as @LeagueFits or others which follow the looks of the players arriving at the arena. The Canal Street-inspired brand has been seen more recently collaborating with Kelly Oubre Jr. and BR Kicks, and then also appearing in the Orlando Bubble totally covering LeBron James, precisely with the collaboration with the legendary music group Grateful Dead.

From New York to Los Angeles, from the streets to the NBA arenas, Chinatown is now also at Airness, in our stores and online. From now on, Airness will always have new products made by Michael Cherman and his team. Remember what was said before, the strength of Chinatown Market lies in the speed and frequency of creation, so never lose an eye on Airness profiles and sites. 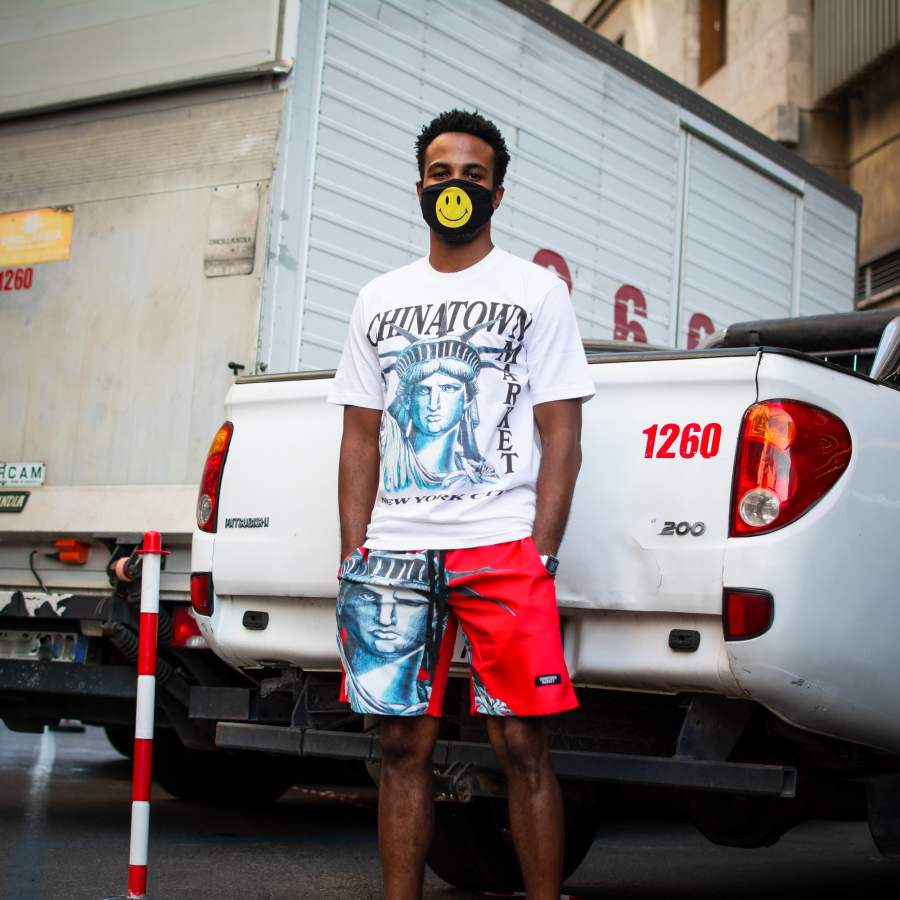 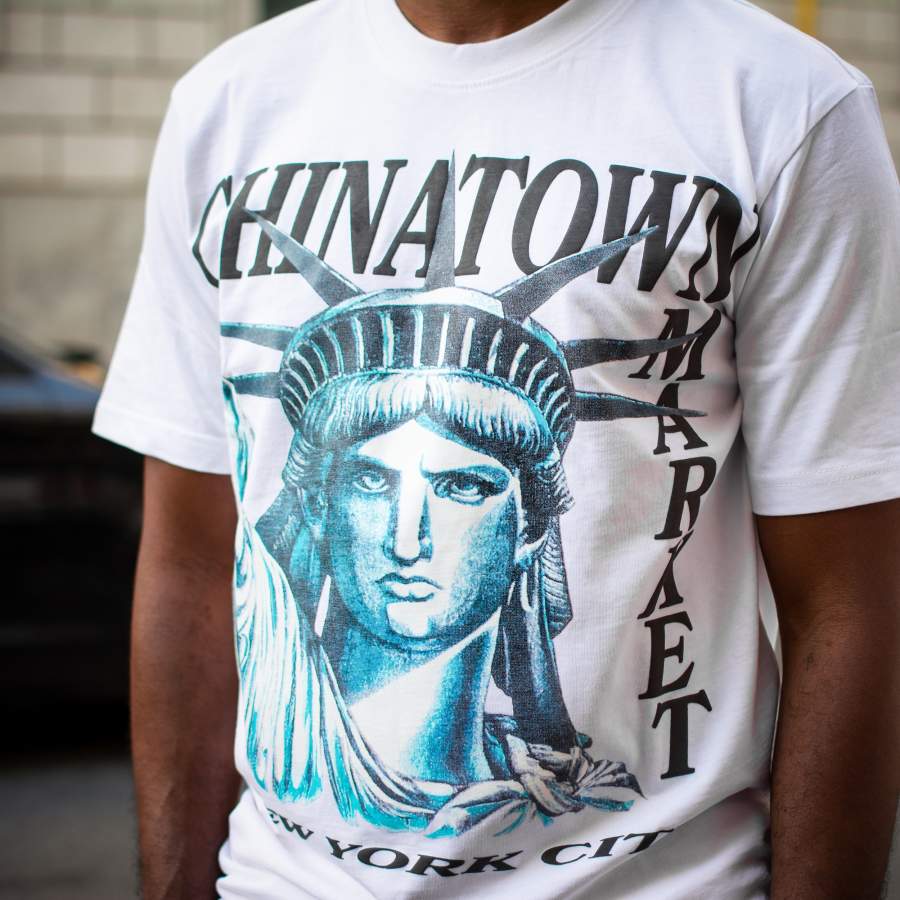 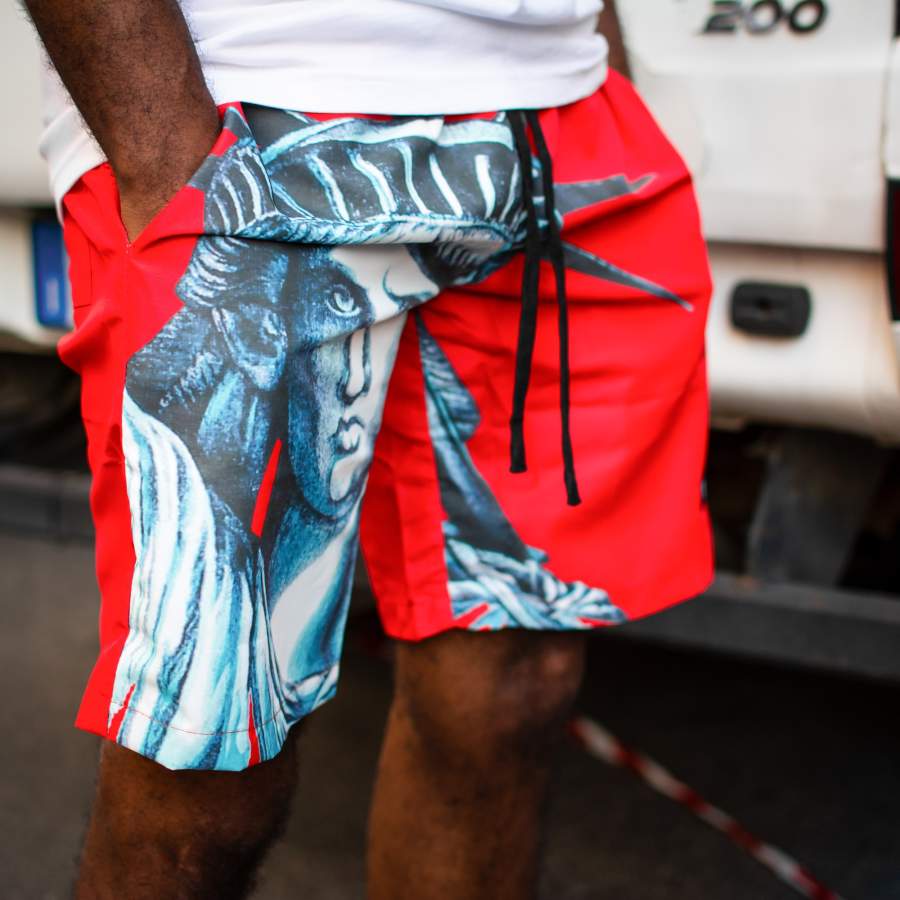 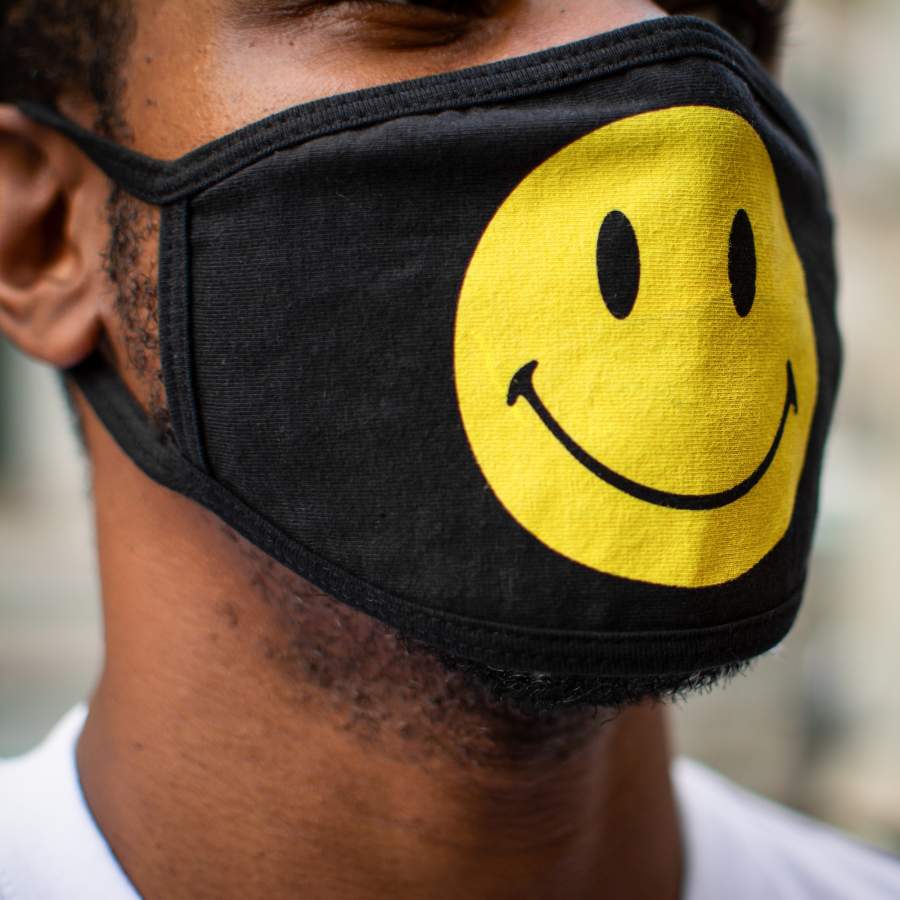