From Jordan to Kobe: everybody loves Jeff Hamilton's leather jackets

Jeff Hamilton created insane leather jackets for the Chicago Bulls and the Los Angeles Lakers that became legendary and they are now resurfacing on Converse sneakers thanks to Chinatown Market.

Converse and Chinatown Market have teamed up to create a collection that openly refers to the All-Star Game. Chinatown Market, a brand that arrived at LeBron James' feet with a Chuck Taylor bootleg, has taken iconic Converse models and dressed them with the typical patterns of Jeff Hamilton's jackets, the leather creations that were made for the NBA Championships of the Los Angeles Lakers and Chicago Bulls. These jackets have always been made with extreme care and quality, which is why they are sold for a retail price of around $ 2,000. 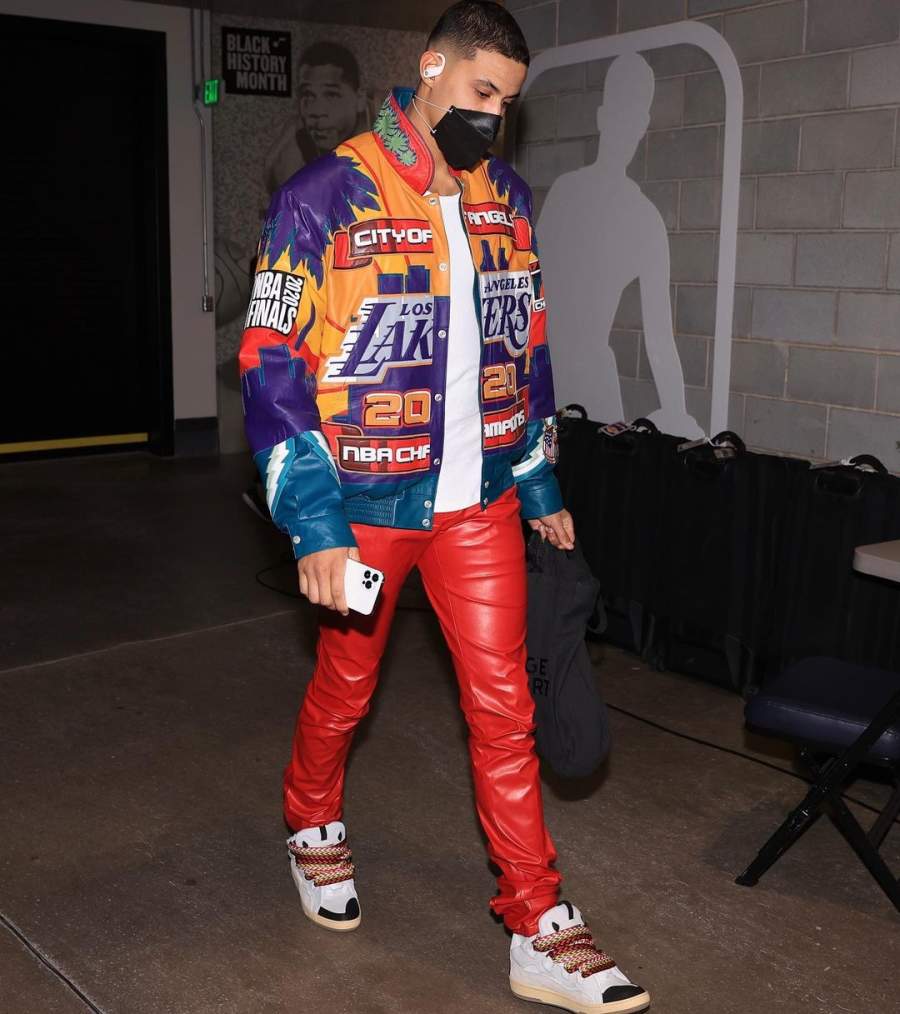 The collection honors the Bulls' 1996-97-98 threepeat, as well as that of the Lakers in 2001-02-03 during the Kobe-Shaq era. Cities’ skyline and downtown embellish the shoes as they used to do with the jackets in a mix that combines urban elements with the iconography of the teams and their trophies achieved on the court.

Jeff Hamilton's jackets became iconic because at the time they were also worn by Michael Jordan and Kobe Bryant themselves, thus becoming extremely popular cult objects, which is why Jeff Hamilton ended up reproducing more of them for special customers such as Shai Gilgeous-Alexander, Wiz Khalifa, ASAP Rocky, Muhammad Ali and Drake. Hamilton is a recognized icon of the fashion world, no doubts about it. 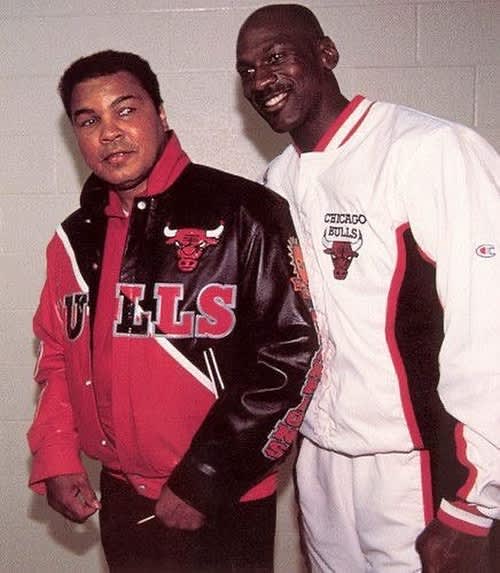 Jeff was born in Morocco but then moved to Paris before moving again to the USA where he started working in the fashion world, precisely with a specific material: denim. After receiving a license to work and sell the GUESS Jeans products, he began to revolutionize the concept of the brand, adding different elements to the classic material of the brand, which would lead him to success but also to a lawsuit from GUESS itself. Hamilton then began to work leather on his own, a long and tedious manual work that in fact lead him to dramatically raise his prices. Each creation had original design, hand-dyed and cut leather, as well as individual stitching. Each piece was signed and numbered by Hamilton, like a work of art. For this reason, his friends advised him to apply for licenses linked to sports teams so he could have found an elite audience, vast and with great financial resources: professional athletes. 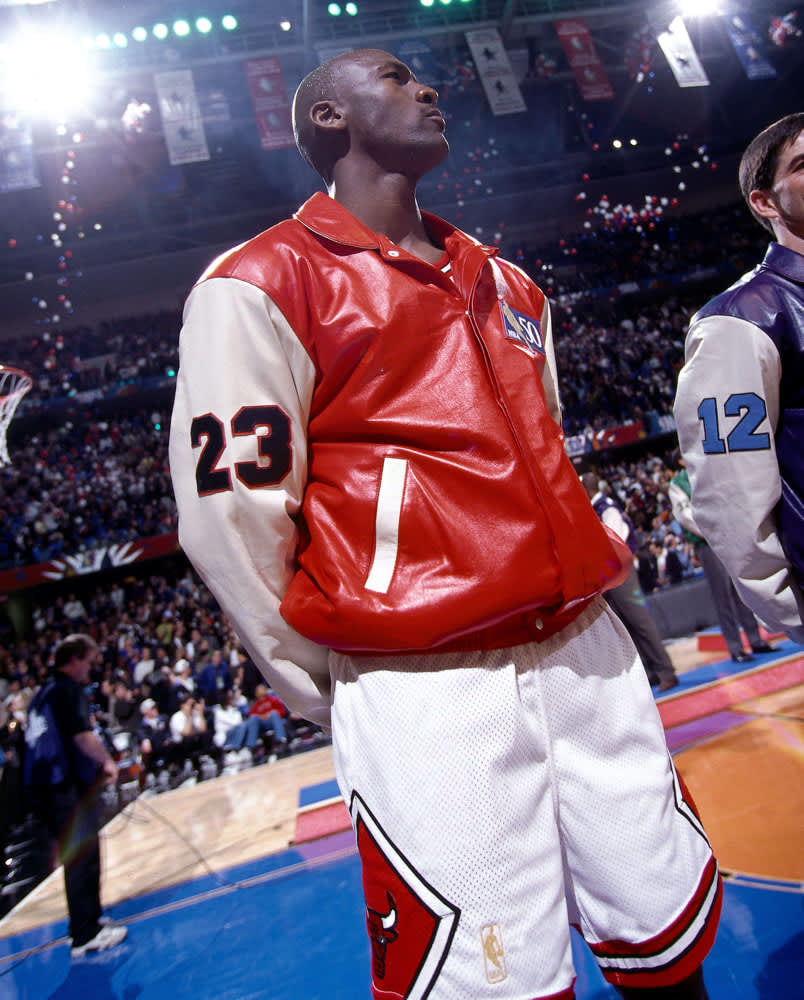 First the NFL, then the NBA, NHL, MLB and even Disney, Hamilton got the okay from everyone and started producing his works but it would be the NBA to make him a legend. Reggie Theus was his first client in basketball, who introduced him to Magic Johnson, who again called Michael Jordan. He made it. At the peak, the Hamilton’s company had almost two hundred employees focused on making jackets for athletes and the general public every day. The price was, as mentioned, around 2,000 dollars and the waiting time of about 60 days. From that moment it was the NBA itself that commissioned him to work on jackets for each player called up to several All-Star Games, or those for the 50th anniversary of the league in 1997. His name was so big that in 2004 the rapper Cam'ron quoted him in "Get 'Em Girls" saying "Jeff Hamilton, Genesis, leather time". 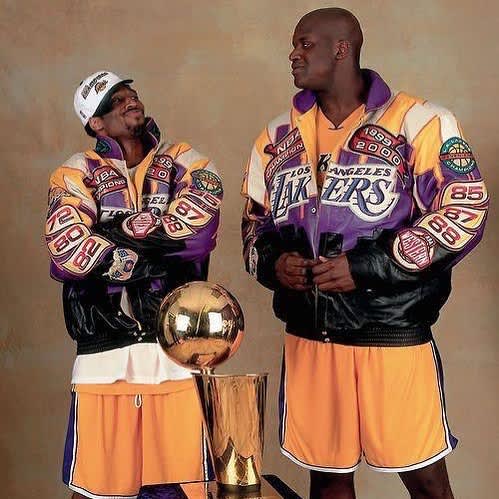 The most iconic jackets ever and the ones Hamilton is most attached to are obviously the Michael Jordan's ones, especially those of the threepeat and the others made for the 1992 Barcelona Olympics, both occasions in which Hamilton followed the athletes daily as if he were part of the teams. He said he received various gifts from these sport’s icons, such as the shirts of every single player of the ’92 Dream Team directly from their hands.

However, his own Lakers and Kobe Bryant brought Hamilton back to fame. First, Jeff Hamilton made the jackets for the Lakers’ threepeat, then sports photography did its part, immortalizing Kobe with his jacket and the Larry O'Brien Trophy near the showers. History. 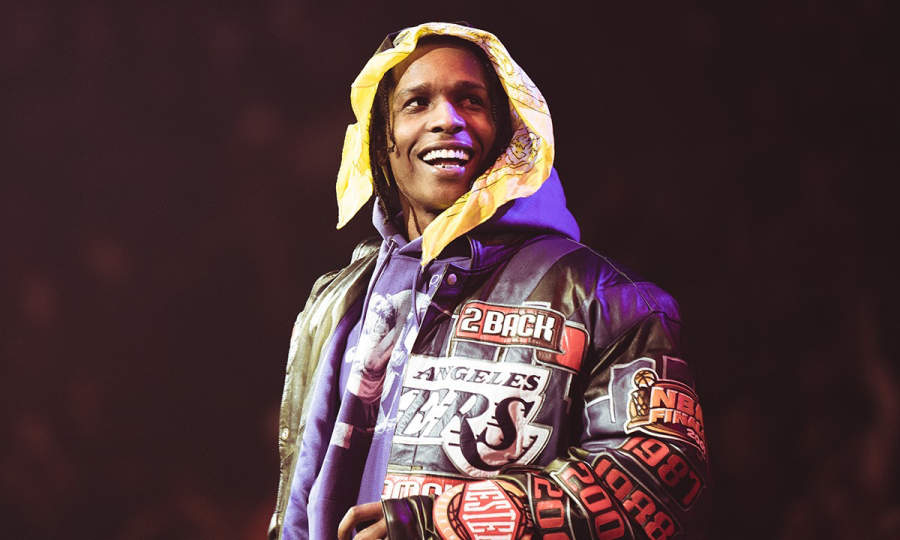 Also linked to Kobe was the work Hamilton did for Drake, who ordered a jacket for the last All-Star Game of the Mamba in Toronto, in 2016, the infamous "Farewell Mamba" which obviously regained fame following the terrible news of Kobe's death in 2020. Wiz Khalifa wore the threepeat jacket at the Mamba’s memorial and it is no coincidence that the Lakers have decided to commission Hamilton leather jackets in the same style to celebrate the 2020 NBA Champions. 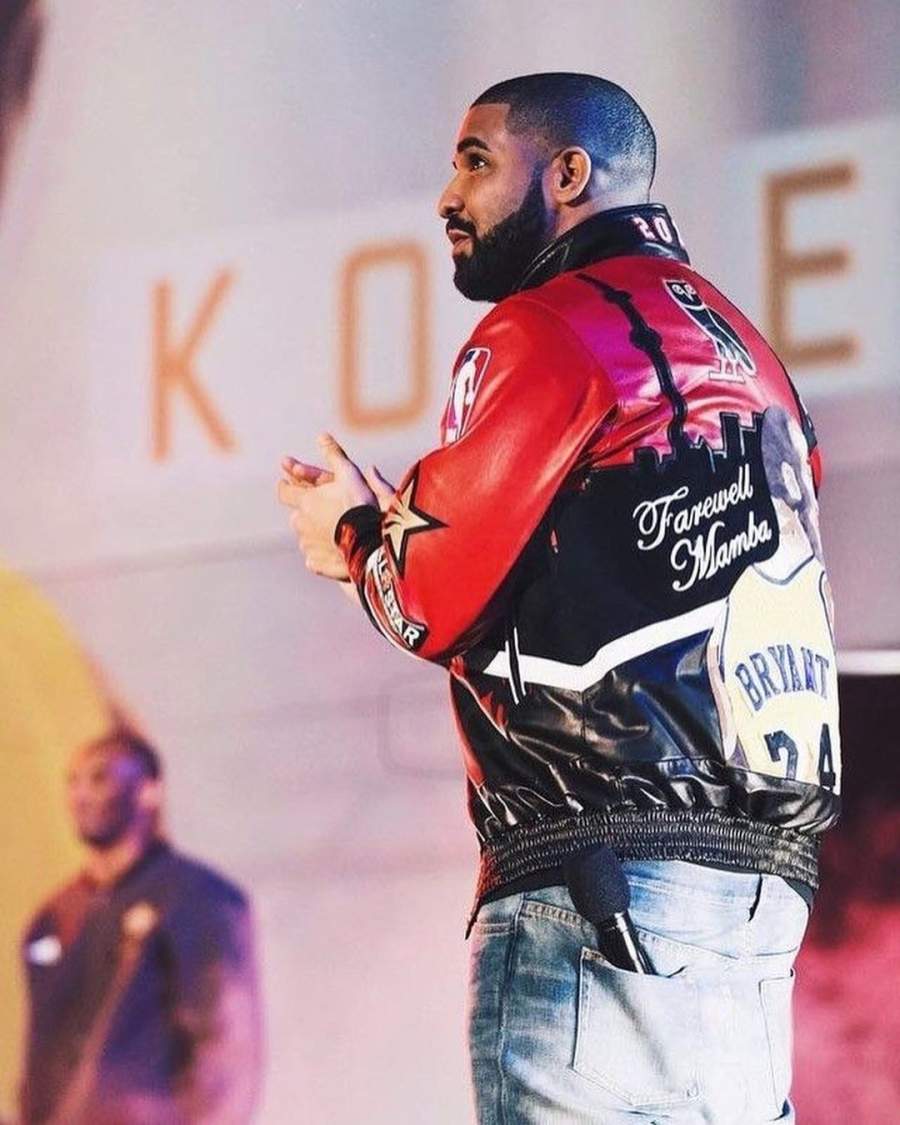 Hamilton is now working to regain possession of these licenses, especially the NBA one, and we can only imagine what he will create. This incredible collaboration with Chinatown Market it’s just the beginning.

Discover the collab between Converse, Chinatown Market and Jeff Hamilton by clicking HERE. 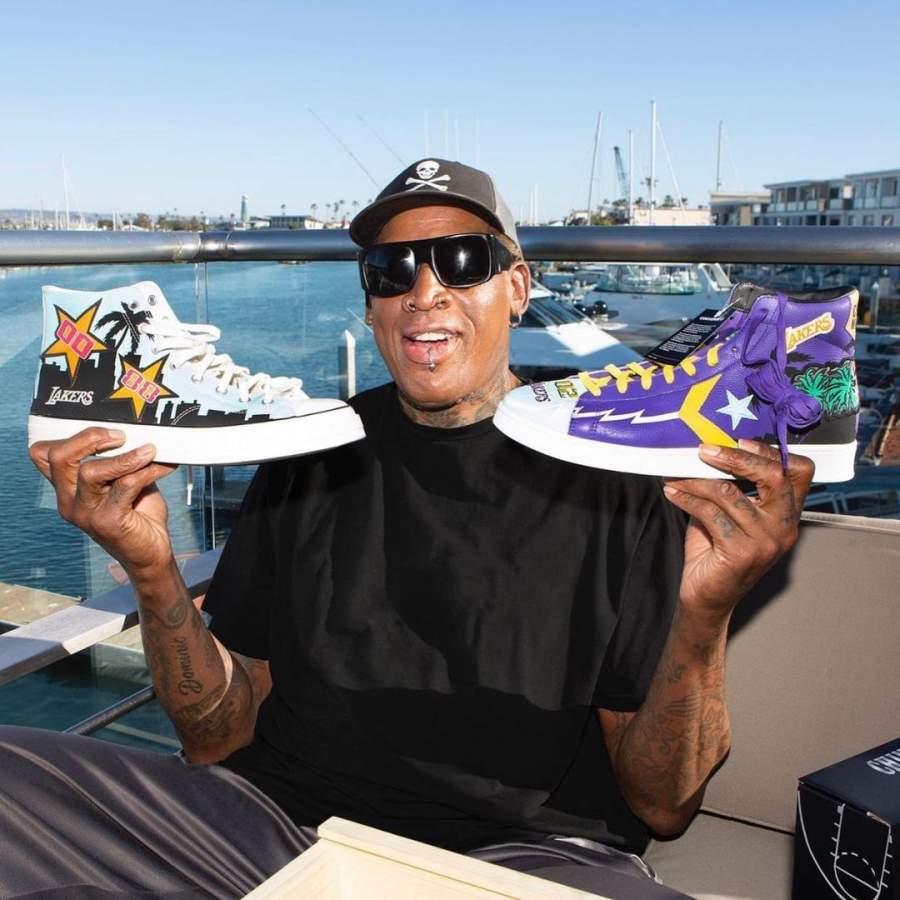 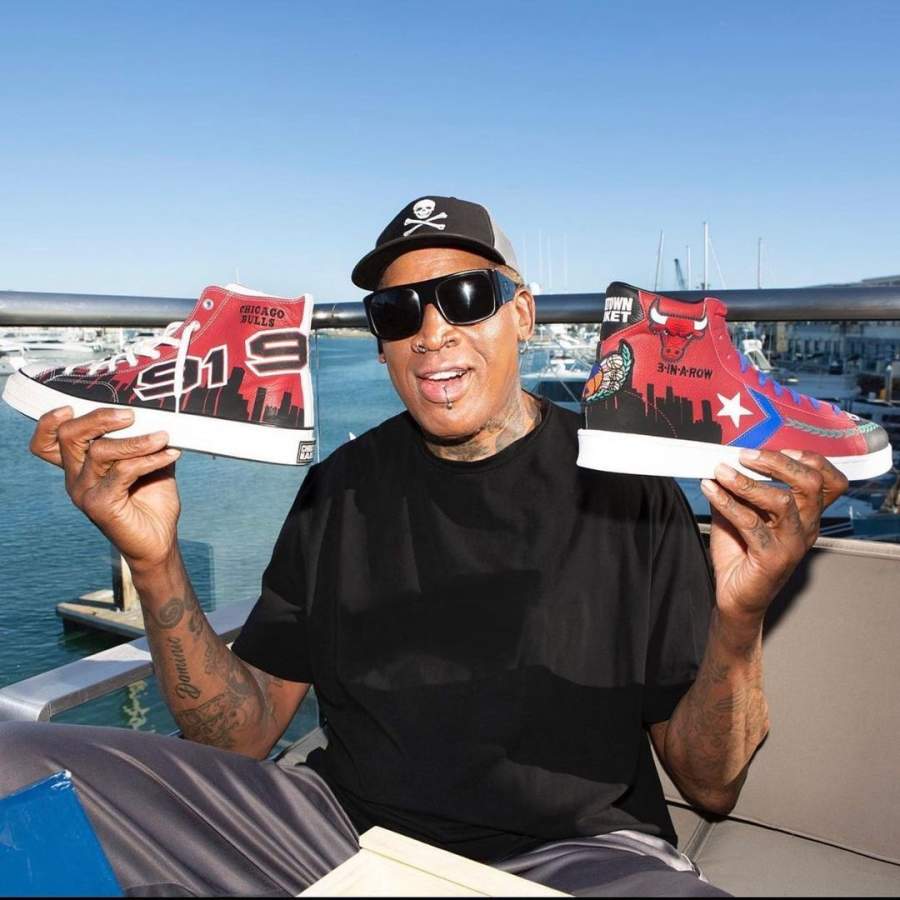