Rajon Rondo is the sneakers MVP of the 2020 NBA Finals

Rajon Rondo closed his contract with Anta, becoming a free agent sneakers, so he showed an amazing variety of sneakers during the NBA Finals.

There are players who are stable in the common imagination but change different phases in their careers, and these 2020 NBA Champion Lakers are full of them. Think of J.R. Smith, who went from being a super athletic scorer to an unstable supporting actor, to a useful situational shooter. Think of Dwight Howard, who went from being an All-Star to an unknown object of an evolving basketball style, to a functional additional element. Think also and above all of Rajon Rondo, once the glue of the extraordinary Celtics which won a Ring, then becoming a foreign body of a basketball made of three-point shooting, and now a key piece in a defensive system that nearly reaches perfection.

Howard and Rondo experienced different statuses that altered their reputations, bank accounts and relationships with sponsors. Both were signature athletes with adidas and Anta respectively, but the different physical and technical situations led to a termination of their sponsorship contracts which allowed us to discover a special side of these athletes, that of sneakerheads. This is especially true for Rondo which, surprisingly, can certainly be celebrated as the MVP sneakers of these NBA Finals. 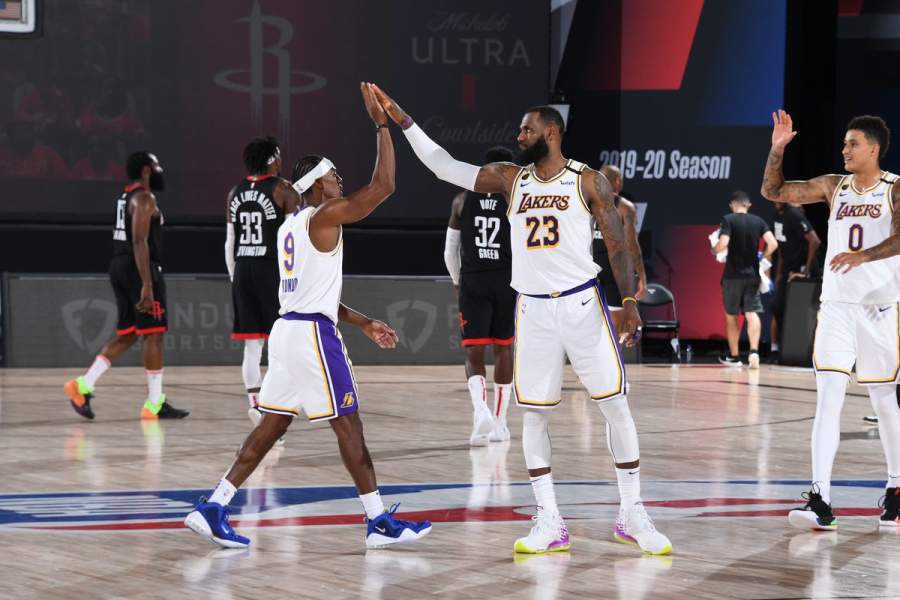 Rondo is a free agent sneaker, which means he has no sponsorship contract, a position that leads him to lower economic income but which leaves him free choice on what to wear at any time. In these Playoffs he showed great variety, going from the Nike Lebron 17 "Uptempo" to the Nike Zoom Kobe 1 Protro "Varsity Maize", up to the Nike Air Penny 5 "Blue Chips", passing through the PUMA RS Dreamer "Blood" , Sweat & Tears ".

In the Finals, Rondo carried out a true masterclass of variety and taste that began with the Nike Kyrie 6 "Bruce Lee" in red, a Kyrie model that winks at Kobe Bryant's signature line. 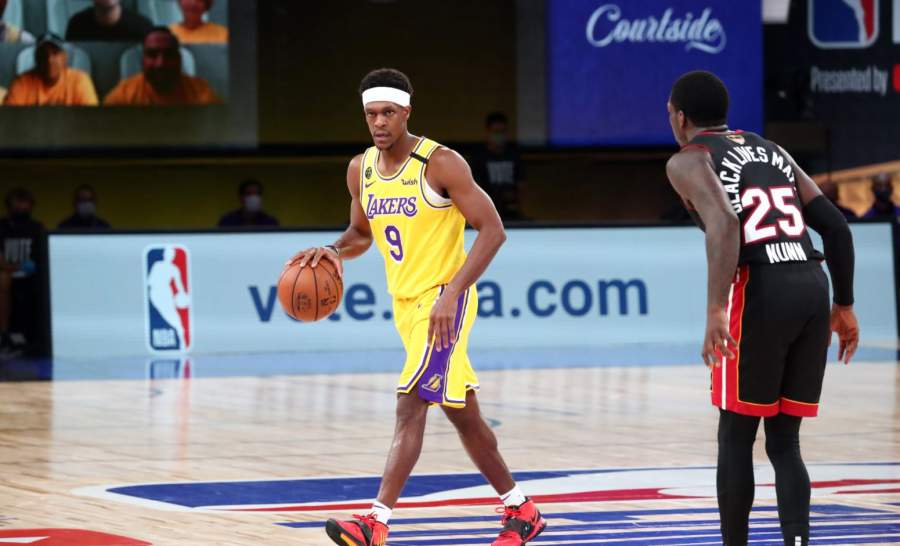 In Game-2 comes a master pick: Reebok Question Mid “Kobe PE”. The sneakers free agent of the Lakers still pays homage to Kobe and the 2002 season, when it was Bean himself who was a free agent, fresh from termination with adidas, and inclined to wear shoes of every brand, including this particular version of the most iconic model ever created for an other former NBA star: Allen Iverson. 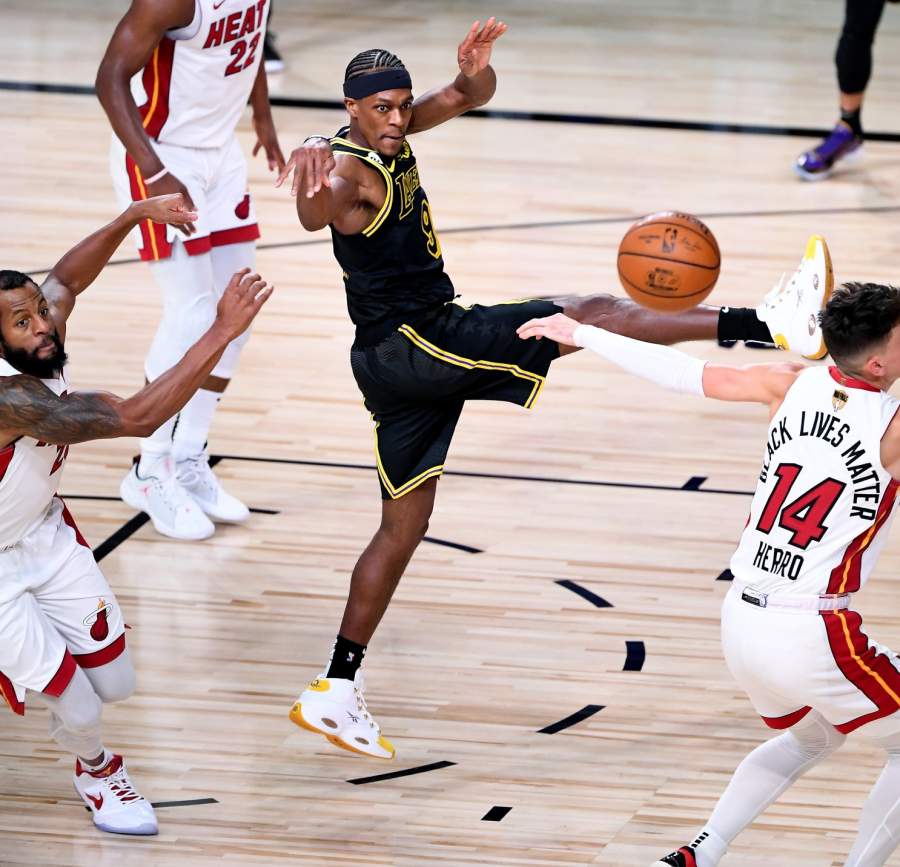 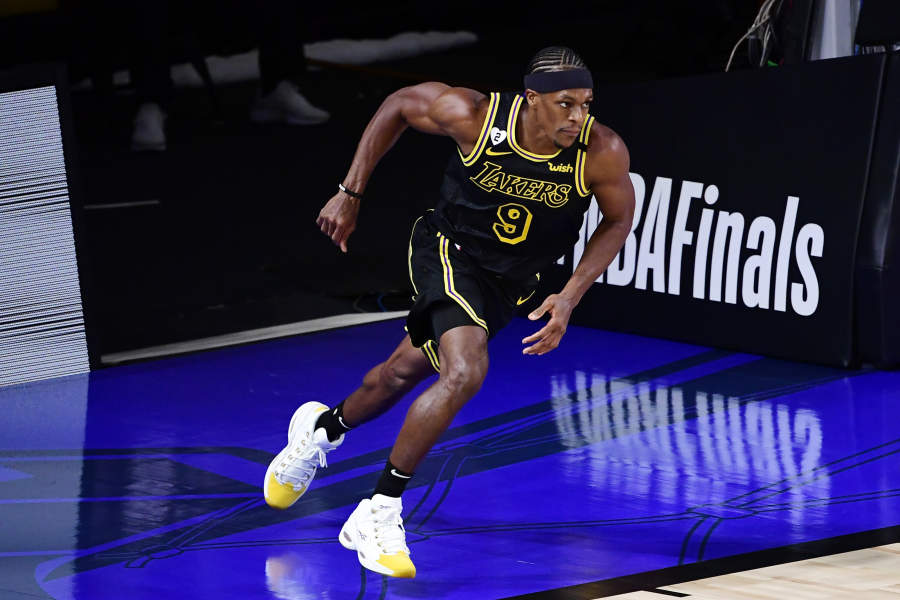 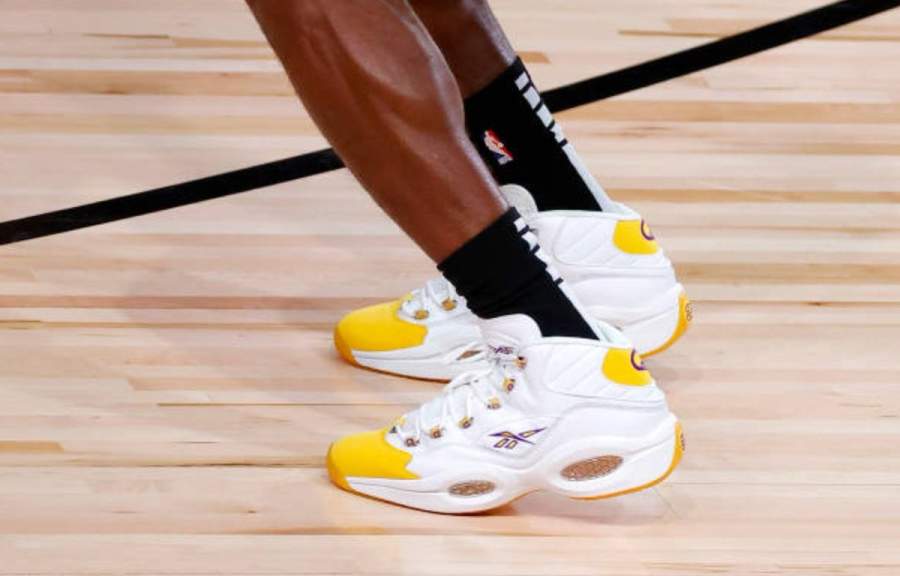 In Game-3 Rondo takes everyone off guard while still wearing Nike, going back 16 years with the Nike Air Zoom Huarache 2k4, a model that was also made known by Kobe Bryant. Against Houston it was the turn of the "Yellow Maize", which returned briefly in 2016, but in this case he opted for the more showy "Volt / Neon", from 2012. 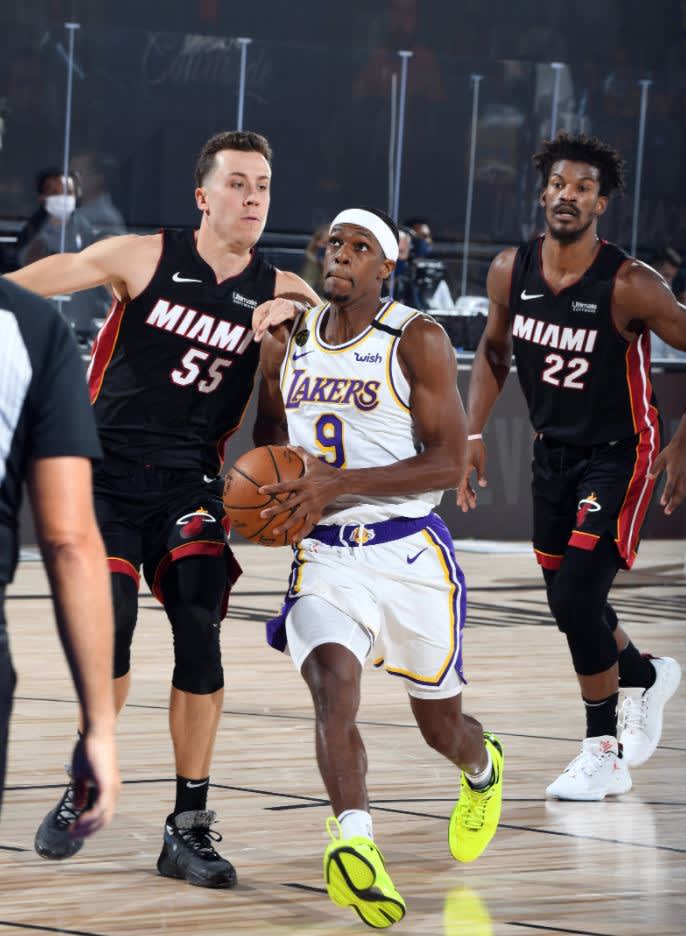 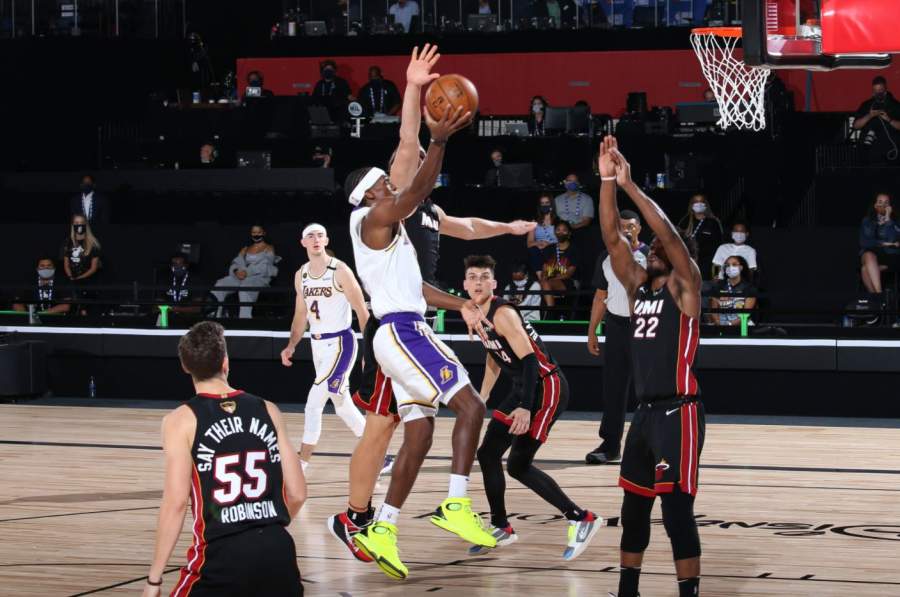 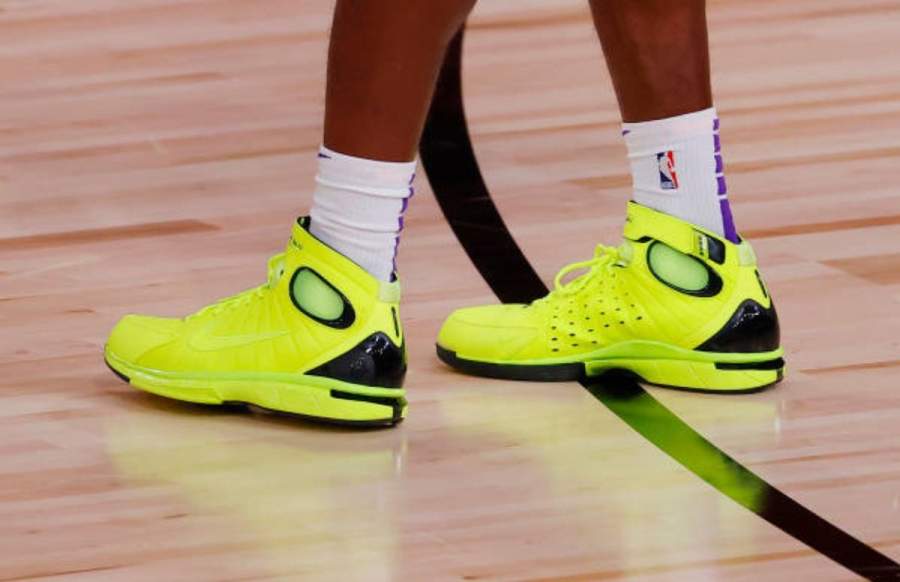 In Game-4 comes another call out from Nike but this time away from the aesthetics of Kobe Bryant. Rondo in fact wears the PUMA RS Dreamer "Concrete", a conceivable choice if we consider that PUMA is the brand with which the former Celtics flirts the most outside of Nike. 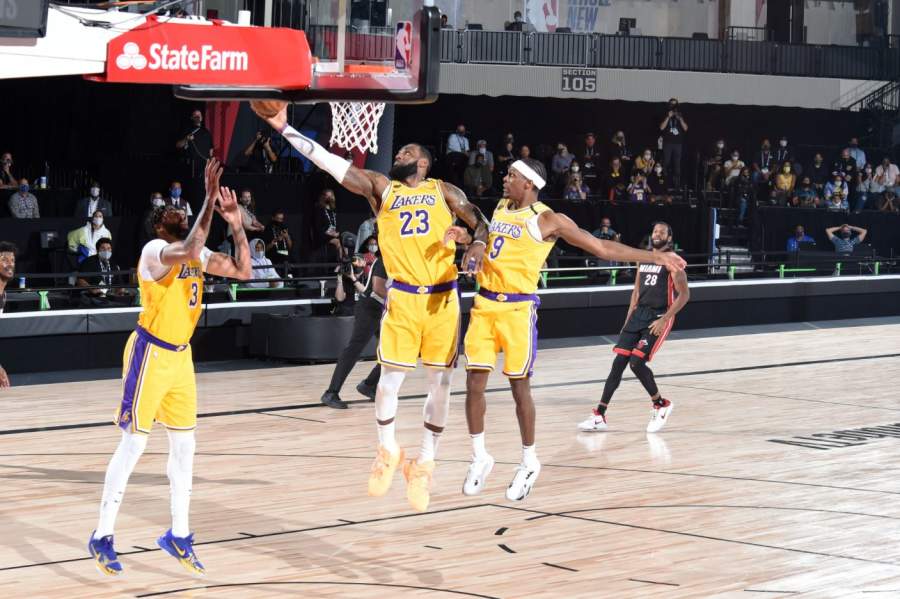 The fifth race of the series brings a return to the Nike and the Kobe world, as we find the Nike Zoom Kobe 5 Protro "EYBL", a recent but different choice that allows him to detach once again from the others, carrying on a concept of particular models and references to Kobe Bryant. 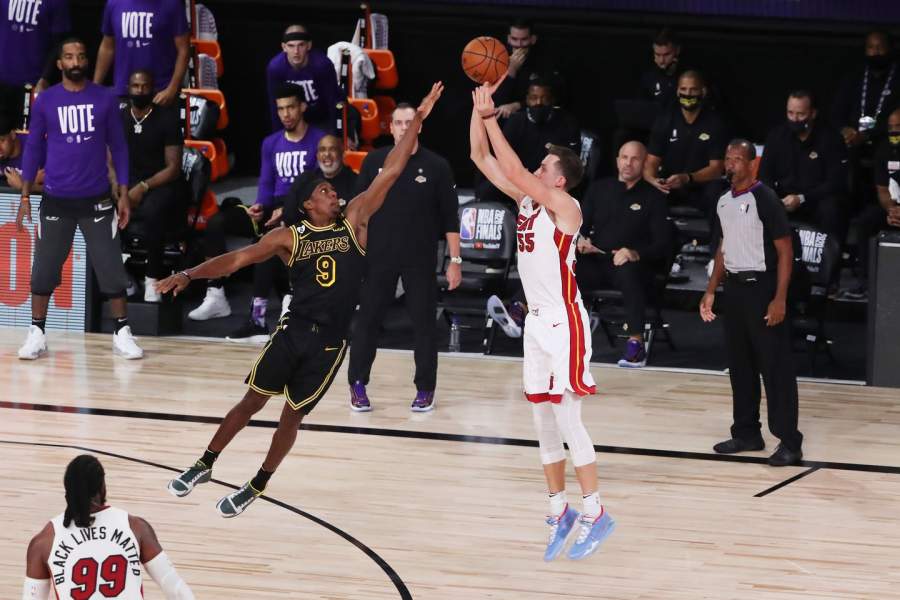 The game that closes the series sees the use of the PUMA RS Dreamer "White / Black", the colorway used at the All-Star Game by J.Cole, protagonist of the signature. 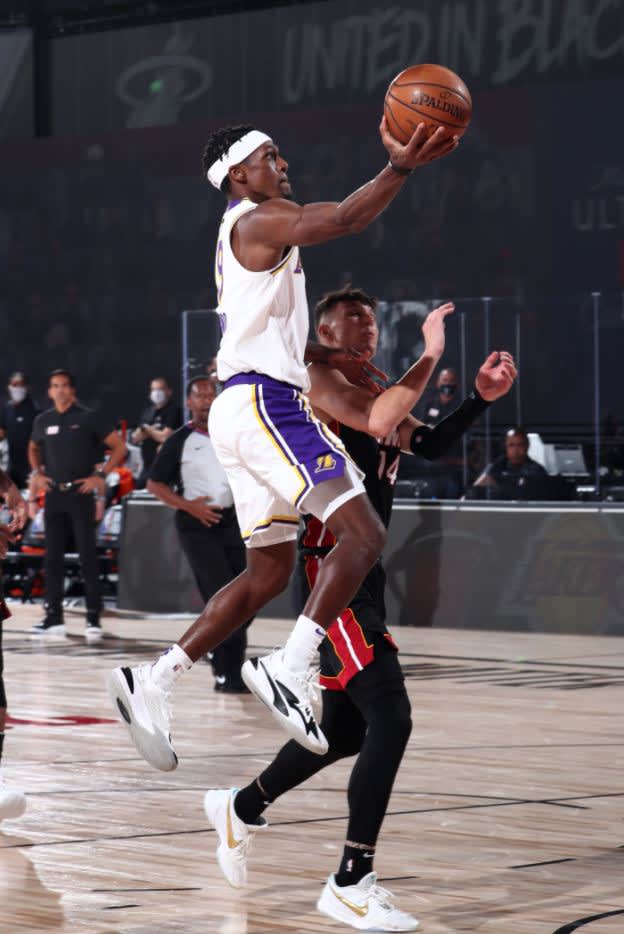 Is to note that Rondo has changed shoes for the award ceremony. After a game and a first taste of Larry O'Brien Trophy with PUMA on his feet, he returned to the Nike Zoom Kobe 5 Protro "EYBL", the colorway already seen on the most worn model of the last NBA season. A message to Nike in view of a future signature? A tribute to Kobe? This is not up to us to say or know, but it is an extra gem in a perfect final series, and not just when it comes to sneakers. 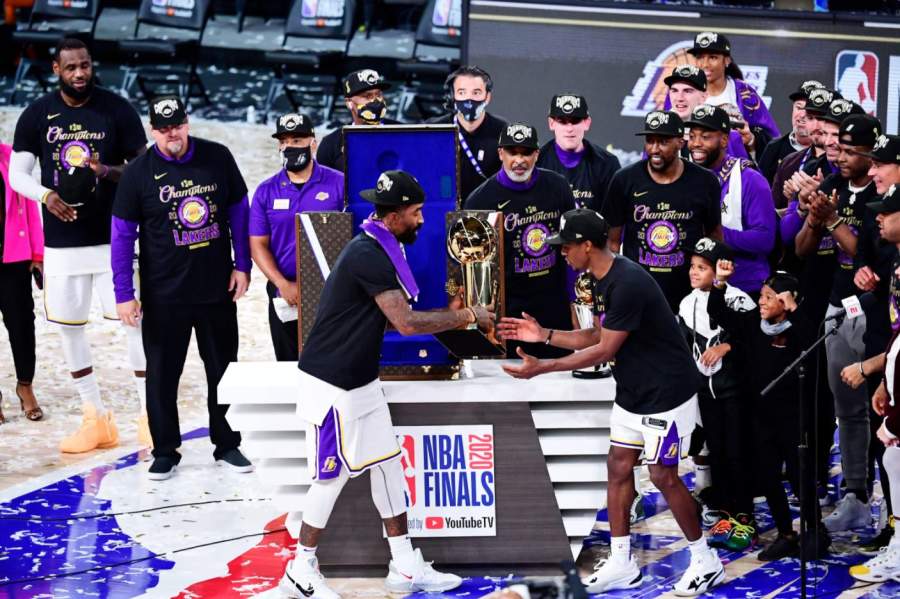 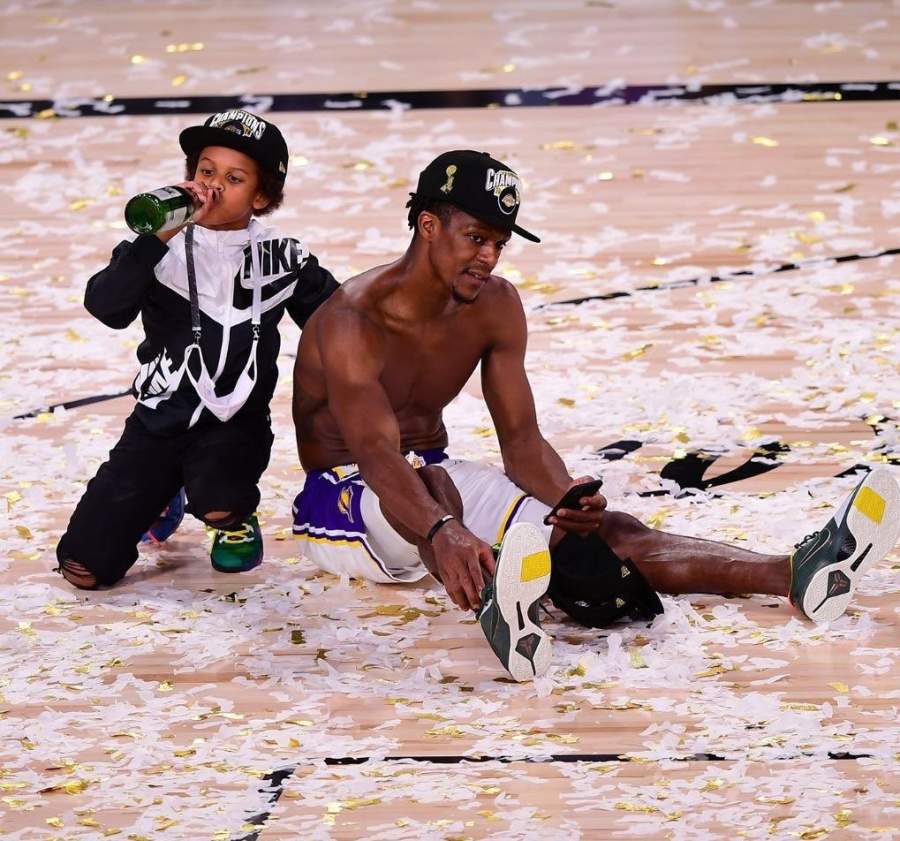 A special thank goes to Marco Rizzi, instrumental in the photographic research and headliner of the “Rajon Rondo in Hall Of Fame” campaign.